Where Does Kurt Busch Go From Here?

I'm sure that everyone is familiar with the saga that's been playing out in his personal life, & I expect that there are many different opinions about the way it's gone so far.
I know his fans are excited about seeing him back in the car, & I can appreciate that.
Much has been said, & written about his strong showing in his first race of the season. That's really not surprising to me. I've never questioned, nor heard anyone else question his talent.
What I do have to question is his mental state. We've all seen the well documented anger issues that have been played out in the public arena for almost as long as he's been in the sport. I won't rehash them again. If you care enough to be reading this, I'm sure you're well aware of all of them.
He's where he is for two main reasons. First because of his talent, & secondly, because Gene Haas, has deep enough pockets, to be able to fund his car without having to seek outside sponsorship. There are at least a couple of other owners who could afford to do the same thing. But he's already been fired by one of them, & I doubt the other would ever consider it. I'm pretty certain that getting full time sponsorship, in a top ride for him at this point would be next to impossible.
If for any reason he does lose this ride. His next one will probably make James Finch's 51, look like a top tier team.
Enough about Kurt Busch, the driver, I want to focus on Kurt Busch, the man.
He tried to spin the lack of criminal charges, as a vindication for him.
In actuality, it was far from it. It was an admission from the prosecutor that he didn't think he "could meet the high burden of proof to secure a conviction". Prosecutors, like race drivers, hate to lose. At no time did he say anything that could even be construed as thinking that Kurt was innocent. One of the things that worked in Kurt's favor was his celebrity. That had to have made the prosecutor even more hesitant to open a media circus, when he didn't feel his case was rock solid.
What I really wonder is did Kurt just miss the best opportunity he was going to have to really deal with the anger issues that have plagued him for so long?
Suppose Ms Driscoll's statement about him wishing he had a gun so he could kill himself were in fact true. Guns not being all that hard to get. Suppose the next time he feels that way, he does have one at hand. Depression is serious business, & not something easily shaken off.
I would love to see Kurt get some real help with his anger issues, not because NASCAR, or any other outside entity requires it, or to protect his career. But because he realizes that he can't really reach his full potential as a person unless he can shed the emotional baggage that he seems to have been carrying around for so long. His position now is that he's pretty much painted himself onto a corner. He can't really seek help, without tacitly admitting that the incident did happen.  But without a fundamental change, it's just a matter of time before the next blowup, & he's had enough bites of the apple.
There's not much left but the core.
John "dawg" Chapman
I can be reached for comments
@ jj905@centurytel.net
Posted by Mad Mikie at 11:44 AM 1 comment: 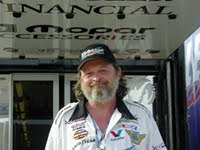 Mad Mikie
Laidback Racing's Curmudgeon at Large, stock car racing fan since 1963, military veteran with over 20 years of service, graphic designer, and have been lucky enough to work with a couple teams in the pits, garage, and on their sponsorship programs. 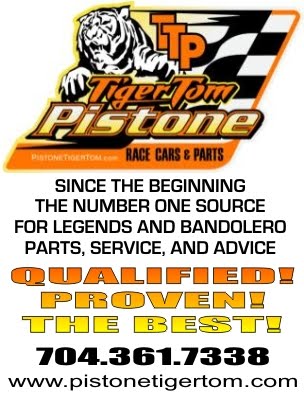